Life and New Life for Kesnel 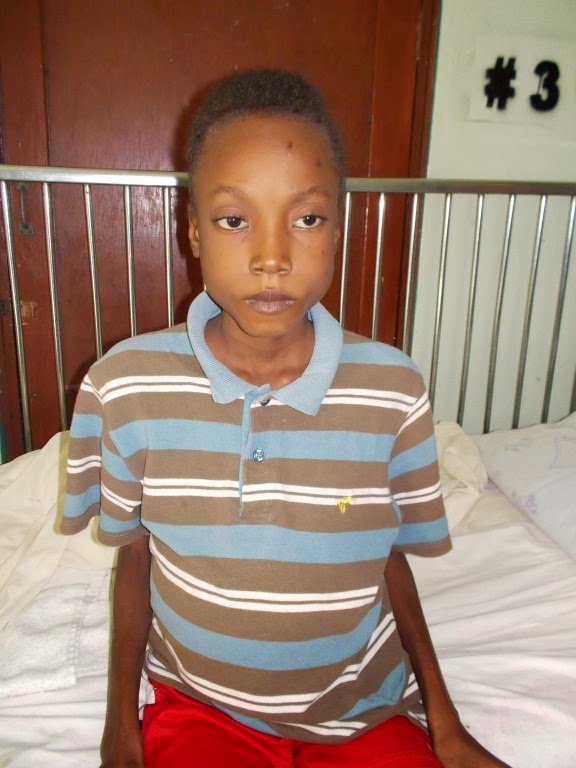 He was 14 years old, but after suffering for a long time with a mysterious illness; you sure couldn't tell that by looking at him.  Maybe his tall lanky body would give it away, or that distant yet determined look on his face; but that's about it.

He came to the HOH after having been taken from doctor to doctor, hospital to hospital; whatever it took to figure out what was wrong.  Earlier on the diagnosis had been a tumor in his stomach--a death sentence here in our corner of Haiti.  Yet his mom persisted.  She was determined to find someone who could give her son a chance.

After spending quite some time in our partner hospital and after having many tests done; it was determined that the earlier diagnosis was not correct.  He was believed to have tuberculosis in his stomach, not an altogether uncommon occurrence for us to see.

Sure enough, after a few weeks of treatment, he started to show improvement.  This picture above is already after he's had those first weeks of treatment.  Now, this is how he looks after 3 weeks of more treatment as well as healthy food & care at the HOH: 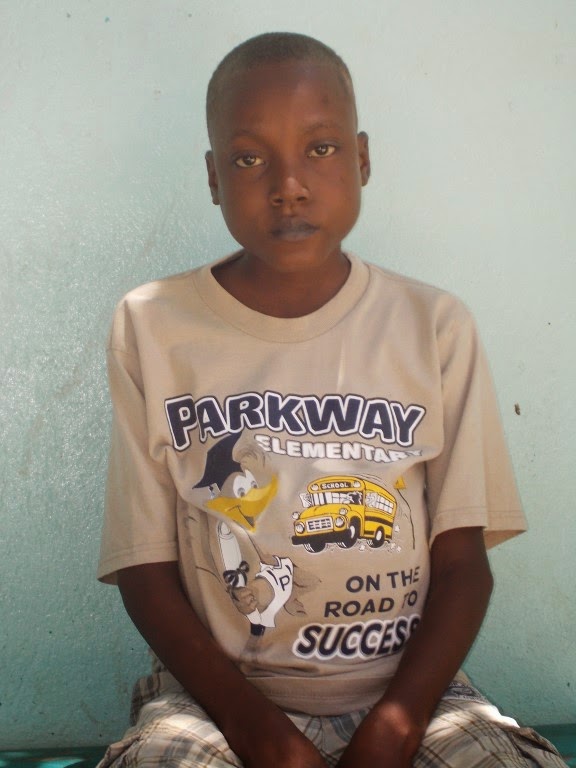 As you can imagine, his mom is thrilled each time she comes to see him. Her persistence paid off and now her son has life where the former prognosis was death.

But his physical body is not the only thing that has been healed since coming to the HOH.  For the Easter week, the youth at the HOH decided to do an in-house prayer meeting each morning throughout the week.  Normally they put together a week of evening services for the community to participate in and hear the Gospel shared leading up to the Easter weekend services.  Brother David was going to help them with these Evangelistic meetings this year, but his own dad passed away the week before and he had to leave to go be with his family.  So, the young leaders at the HOH decided to keep it low profile this year and do something amongst themselves.

For three mornings they met for prayer, worship and a time of learning from the Bible.  During this time Kesnel heard the story of the Good News of Jesus God's Son coming to die in our place; paying the punishment for our sins, satisfying the wrath of God towards sinful man.  He learned of his need to place his trust in Christ to be saved from his own sin and to receive new life in Him.  Perhaps it was the first time he had heard this story, perhaps it just hit home especially now so soon after coming so close to death himself.  It makes no difference though, Kesnel accepted Jesus that week, and became a Child of God.  Not only does he have life, but he has a New Life as well.

Stories like this help us remember what the HOH is all about -- bringing Hope to the children God brings to us.  Hope takes on all kinds of forms at the HOH, but the one we get most excited about is this hope of a new life because of the Risen Jesus.  We hope you had a wonderful Easter season and want you to know we are so grateful for your part that allows us to bring this good news to the children and youth of Haiti.

There were some other activities at the HOH during the Easter break week.  Here are some photos for you to enjoy: 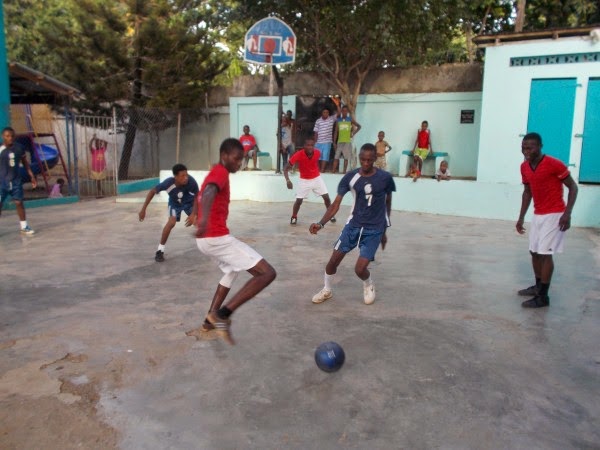 A big soccer match was organized between the HOH boys who attend 2 different High Schools in our area: 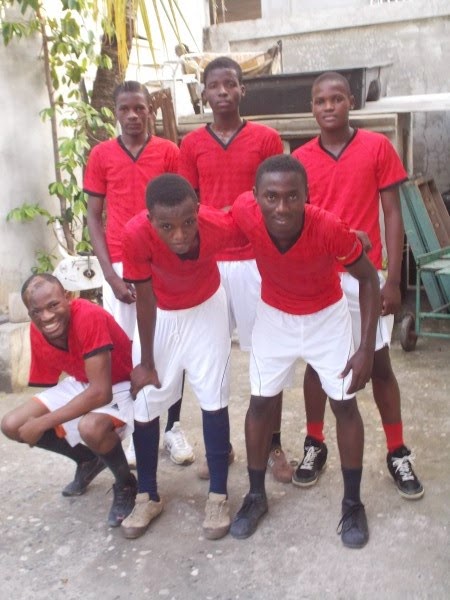 (from back l to r) Magloire, Reginald, Herby
(front l to r) Evelte, Dieujuste, and John
all go to one High School 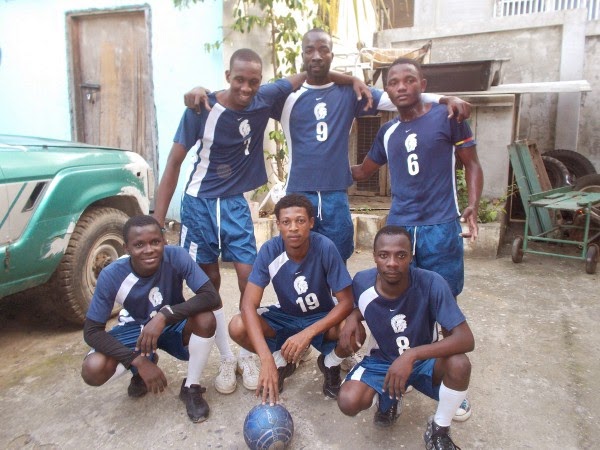 I don't even know who won...but that wasn't the point anyway, they had some fun times together.  Several of these young men have been quite sick the past few months, so it's good to see them doing well enough to play some soccer. 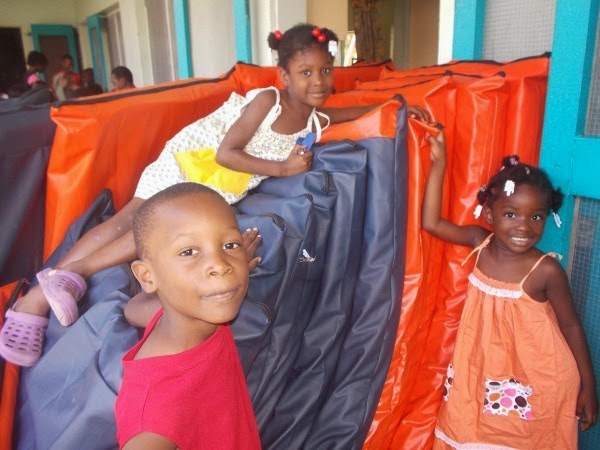 Remember the new mattresses we received a few months ago?  Well, our friends in Simcoe, Ontario sent us down some heavy duty raincoat material, some thick thread and big needles.  After a lot of sewing, our new mattresses are all covered and protected.  Hopefully, they will last for many years to come.

Many thanks for the various ways you help us with this special ministry.  Blessings to you!
Posted by House of Hope at 8:46 PM 2 comments: