That single word aptly describes what life has been like at the HOH these past few weeks. We've been experiencing a lot of it on many different levels, and the ups and downs of it all has made life feel like an never-ending emotional roller-coaster ride. Here's a bit of a glance of some of the things we've been dealing with...

The most recent incident of dealing with pressure happened very early this morning. I had had one of those nights, you know where you can't sleep, your mind is thinking about a million things all at once (none of which seem very logical by 10 am the next morning). It was 3:30 am and I had already tried reading a book, spent time praying, and was about to pull out the book again when my phone rang. In the 5 seconds it took me to reach for the phone and see who was calling me numerous scenarios had already gone through my mind...is it family, a friend, a wrong number? Who calls people before 4am? Then I saw it was Benitha, our oldest girl who stays with the younger girls downstairs. "Jenny", she said, " one of the propane tanks is leaking, I can hear it, and we can smell the gas". I jumped out of bed, woke up one of the older boys thinking perhaps it had a leak at the top and we just needed to turn it off. I was wrong! At the very bottom of the tank was a hole, and propane was hissing out with a lot of force! It had just been installed and was completely full, and we could already smell propane throughout the whole house. We quickly woke everyone up and sent them outside, called in some help from our neighbors/friends, and tried to plug the hole...umm, we found out that was not possible! Not even with duct tape, which we have been told can do pretty amazing things. Needless to say, a lot of praying was going on, as were phone calls back and forth to my brother-in-law in TX who works in the gas industry. In the end, everything worked out OK, one of our maintenance men came and unhooked the tank, carted it far away, and eventually the propane dissipated, no one was hurt, and nothing was damaged...and for that we praise God for his graciousness to us. 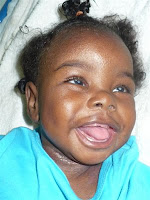 Wisenika, a cute baby girl who had been abandoned at the local hospital joined the HOH family in late January. She had been born with multiple disabilities, but seemed to be doing ok until a couple of weeks ago. She took a turn for the worse, and nothing we did seemed to help. After weeks of struggling to survive she passed away on Friday evening. We were relieved to see her suffering relieved, but it's always hard to lose one of our kids. 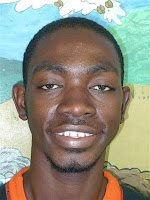 On Monday of this week we received word that Jn Daniel's younger brother who lives in Port-au-Prince (PAP) had been hit by a truck. He had been driving a little motor scooter. Their uncle in PAP had been trying all day to find out where they had taken him, and late Monday afternoon they found out he had died during the course of the day and had been taken to a morgue. As you can imagine, it was a shock to everyone, especially Jn Daniel's family, but here at the HOH when one of our kids is hit with something like this it hits us all. We all shed tears as Jn Daniel wept for his brother, who was not a believer. With much planning, Jn Daniel picked up his mom and another brother and they headed to PAP on Tuesday to help with the funeral plans. Please pray for this family in their time of grief. Jn Daniel is the only believer, pray that in the midst of his own grief he would be a witness for Christ, and have the opportunity to once again share his faith with his family. 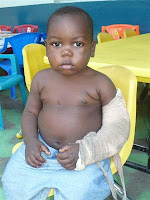 Max, who had broken his leg a few weeks ago was able to get his cast taken off...note for anyone who has ever wondered: it takes hours to soak off a plaster cast! No sooner did he have his cast off when Marco slipped on a wet spot on the floor and broke his arm! I guess with 100 kids around we shouldn't be surprised by having a few broken bones every now and then. We have been speculating as to who might be next, especially since they kids have pulled out some of our old roller blades and have started to whip around the house with them again! 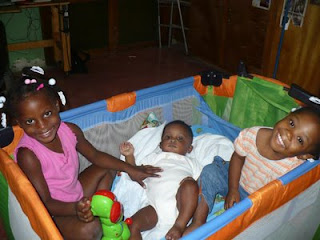 Several of the kids came down with malaria, Micah was by far the sickest of them all. For days he couldn't keep anything in him, and we couldn't keep an IV going as he was so agitated. Everyone took turns trying to help out, even Lala & Nani, who decided to climb into his crib with him. Thankfully, we eventually got the malaria under control, and he is doing much better.

Add to these events, exams at school for the kids, and numerous other fairly major pressures we aren't able to share with you, it has been quite a month! So we are so very thankful for your prayers on our behalf, even though sometimes you may not know exactly what's going on, but you pray for us nonetheless. Thanks!

Lest you think we are by any means discouraged....think again! Remember the roller-coaster ride, with the ups and the downs. Well, with all the "downs", we've had some pretty major "ups" during this month as well, and they by far outweigh the "downs". So, let me share with you some of our more encouraging moments of the past couple of weeks.

Remember the group of about 60 young boys who have been attending our Character Studies every Saturday afternoon? Well, they just can't get enough of the Bible stories and lessons we've been teaching them. They get very upset if we have to cancel for some reason, and we've received numerous reports back from people in the community wondering what's been going on with these boys because they can see obvious change in their lives. One lady told us about one of the boys who every day shares Bible verses he's read in his personal devotions with whatever friends he runs into. Another mother came by to tell us she doesn't even recognize her son anymore, he's a totally different boy. She couldn't thank us enough for taking an interest in helping these young men. Well, a few weeks ago the boys themselves came to us and asked us if we would study the "Young Peacemaker" series with them. We had done that series with the HOH kids over the past couple of years, and have posters of different lessons still hanging up around the HOH. They've seen the posters and have decided that they want to learn what the Bible says about getting along with others, and helping them resolve conflict! Ok, I admit, I was just a bit shocked to have them come and ask us that. So, we are going to make some time this summer to teach them those lessons as well. It's so neat to see God working and transforming these young lives! 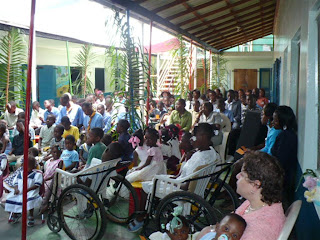 Then, the young people of the HOH decided they wanted to do something special over the Easter weekend. They spent hours planning a "Spiritual Life Conference" with the theme of "Living in Unity with each other", and using the life/death and resurrection of Jesus as an example for us all. It was really exciting for me to see them implementing some of the different techniques of teaching that I've been using with them in our Bible studies over the past few months. They did skits, role plays, story telling, and all kinds of things to share their message. It was a great week, ending with an incredible worship & celebration service Sunday morning. We had over 100 people from our local community join us each night throughout the week, and on Sunday morning as well. On Saturday night we had a time of testimony for anyone who wanted to share. Some of you may remember Clervi, he was one of our older boys who out of rebellion left the HOH some years back, and has not lived a life pleasing to the Lord since then. He showed up for every meeting, and on Saturday night got up in front of everyone and said he knows he has not lived as he should, and that his relationship with the Lord has really gone backwards. He asked everyone to pray for him, that this would be a new beginning for him, and that he'd regain that ground that he'd lost. Wow, that was incredible to hear, and so we'd love for you to pray along with us for Clervi, that'd he'd be serious in his decision to start anew, and that he would grow in his walk with the Lord.

So...the ups, the downs...it's all been there, but what a joy it is to know that we serve a living God, a resurrected Lord; and it is a privilege to be His hands and feet bringing His hope to the children and young people in our corner of Haiti. Thanks so much for your prayers, your support, and your encouragement.
Posted by House of Hope at 9:23 AM

Hi Jenny,
It seems like you and the kids are a world away, but I'm so thankful that the Spirit works beyond the miles. All that you shared lifted my spirits today. To hear that you're going through real difficulties and trials, and that God is still clearly at work in the midst of it all is a great encouragement to me. I'm so excited to hear of all the work he's doing in so many kids' hearts through your ministry! All the praise goes to him! Please send my love to the kids and let them know that I'm praying daily for them (and you, of course)!
With much love,
Heather

We rejoice with you, Jenny. We continue to pray for you and Linda. We love you and know God is using you in a very special way in the lives of the children in your area.